When Vocera Communications decided to renovate its headquarters at 525 Race Street in San Jose, the leader in “clinical communications and workflow solutions” wanted to make sure that its business focus also extended to its own office space. “We needed to attract and retain employees here in Silicon Valley while making our own work space more functional,” recalls Jim Blastos, Vocera’s Vice President of Operations. That meant updating the look, feel -- and workflow -- of company headquarters. “Our existing office had tall cubes, not enough meeting space, and a common area that was too small,” Blastos adds. “The renovation addressed all these issues and more.” Click here to see more project photos. 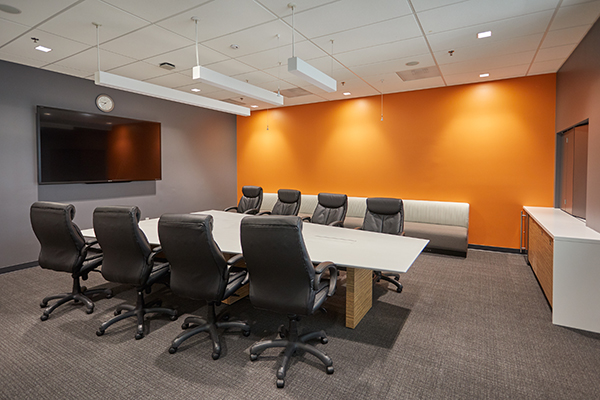 The ambitious remodel of the fully occupied two-story office building took place in four phases and covered 51,000 square feet. Over the course of six months, Toeniskoetter Construction created an enlarged, airy break room with upgraded amenities on the first floor as well as an executive briefing center on the second floor. With the goal of creating a more collaborative atmosphere, the renovation also included an office space with lower cubicle walls and the construction of breakout meeting and phone rooms for more private conversations. 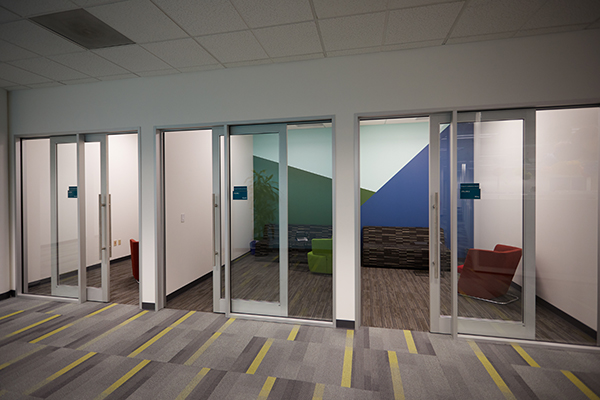 Renovating an occupied building is always a challenge, but the Toeniskoetter team worked closely with its client to ensure minimal disruption. “Each of the four phases had a deadline for completion to make the movement of employees between phases efficient and painless,” says Blastos. “Toeniskoetter did a great job meeting their commitments and keeping the subcontractors on time, on schedule, and on budget.” 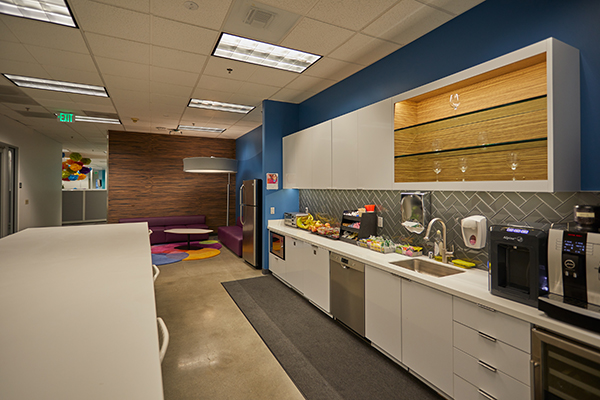 Vocera is pleased with the result. “The highlight of the project is the main breakroom, where we can now host company-wide meetings and lunches,” says Blastos. “The look and feel of the office is contemporary, and the employees are happy.” And the collaboration with Toeniskoetter? “I truly enjoyed working with the Toeniskoetter team. They established a good working budget, tracked to that budget, were right on time, and made sure Vocera was happy with the outcome. They were a delight to work with.”